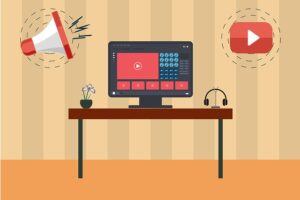 I recently stumbled upon an entertaining video devlog on Youtube. It’s one of the best devlog entries I’ve come across. It’s so well crafted it makes me cry.

If you’ve ever worked on a game I’m sure you’ve run into many of the thought processes and problems he highlights. The creator goes by Mythic Legion, but there’s a lack of other content so it’s hard to know what they’re all about.

The video topic is pretty basic. It’s the story of how the author remade one of his fairly simple games. What makes it entertaining is the hilarious narration, goofy bugs, and errors he runs into. I’m not a talented enough writer to do it justice so please just watch it for yourself:

Was Making The Video A Good Use Of Their Time?

Maybe, it really depends on what your goal is. For me it would be to attract followers and grow a brand. For Mythic Legion I can only find a twitter page with 209 followers and a Youtube channel with two videos, but that the Youtube channel now has 55.8K followers. That’s great! Any future videos he releases will get a decent number of eyeballs on them.

The amount of time taken to capture, edit all the footage, and add effects is just astounding for a single devlog. As of writing this, the video has over 850K views on Youtube. Looking in the comments on the video Mythic Legion said it took about a month to make. That’s a loooooot of time for a single video.

It’s quite difficult to get discovered as an indie developer so getting 850k+ views on a video is amazing for someone who doesn’t seem to have much of an online presence otherwise. Not having any other content to promote or games to sell makes it really feel like a mis-timed video if you ask me. BUT, if they keep making videos like this and growing a huge audience then that’s fantastic.

I hope Mythic Legion continues to make entertaining video devlogs like this one, but I’m not holding my breath based on how time intensive it is to create content of that caliber.

For some more traditional devlogs, that aren’t necessarily in video form check out the TIGSource forums. They host an active community with plenty of content.