Android Market (have to use your phone)

Check out the awesome launch video:

I’m very proud to release this game. It’s been wonderful working on part of the Serious Sam indie series and it’s a good feeling to finally get this game into the hands of video game players such as yourself.

Remove your head, grab some bombs, and step into the boots of Serious Sam’s most iconic foe, the Headless Kamikaze. Dodge hazards and heavy ordinance from the cowardly Serious Sam himself as you make your way through the chaotic action in an attempt to do what you do best: blow up the vile Serious Sam.
AAAAAAAAAHHHHHHHHHH! BOOM!

Features:
Mobile Kamikaze Action – Direct your kamikaze horde toward certain death in more than 40 levels of mobile action. Either fall at the hands of Serious Sam’s bombs and rockets or go out in an honorable blaze of glory in the service of Lord Mental.

Super Sleek Art – Colorful hand-drawn artwork distracts you from the underlying truth: your little kamikaze friend is destined to die in a horribly violent explosion. Cartoon dismemberment has never been so pretty.

Savage Bonus Modes – Take a shot at kamikaze immortality by posting a top score on one of the endless bonus levels like Complete Chaos and Frog Punt.
Social Media Integration – Spam your friends’ Facebook feeds with your high scores, people love when you do that. Trust us.

Sweet Juicy Credits – A list of credits for the game featuring first and last names. Boosh!

I’m going to go try and sleep now, but it might be very hard to not check stats every 2 minutes. Aaaaand we’ll end with some screenshots. 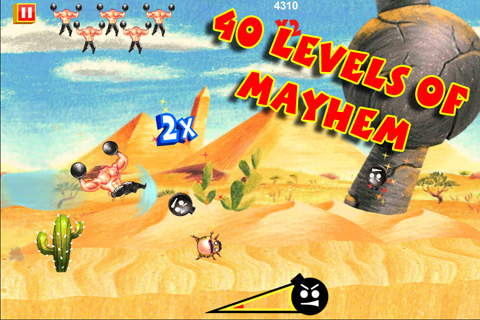 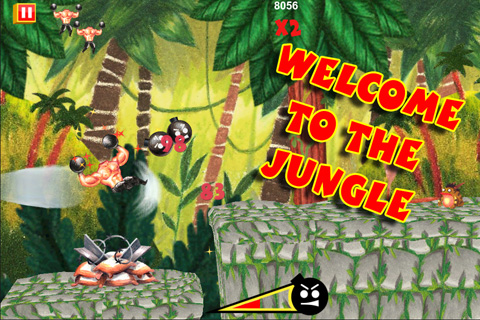