Hey Everyone, I just flew back from PAX East where Demon’s Mirror was selected as a PAX Rising Showcase winner! Because of this we were offered free booth space at PAX East, and the game was playable for the first time by the public, ever!

Extremely well! People seemed to really dig the synergy between roguelike deckbuilding and the chain-3 mechanics. The CEO of another game company loved it so much he was texting publishers about Demon’s Mirror and later brought some of them over to check out the game. Several other publishers also approached me and are very interested in publishing the game. Super exciting stuff!

It was a constant stream of people playing the game, and there were almost always several people watching and waiting for their turn. 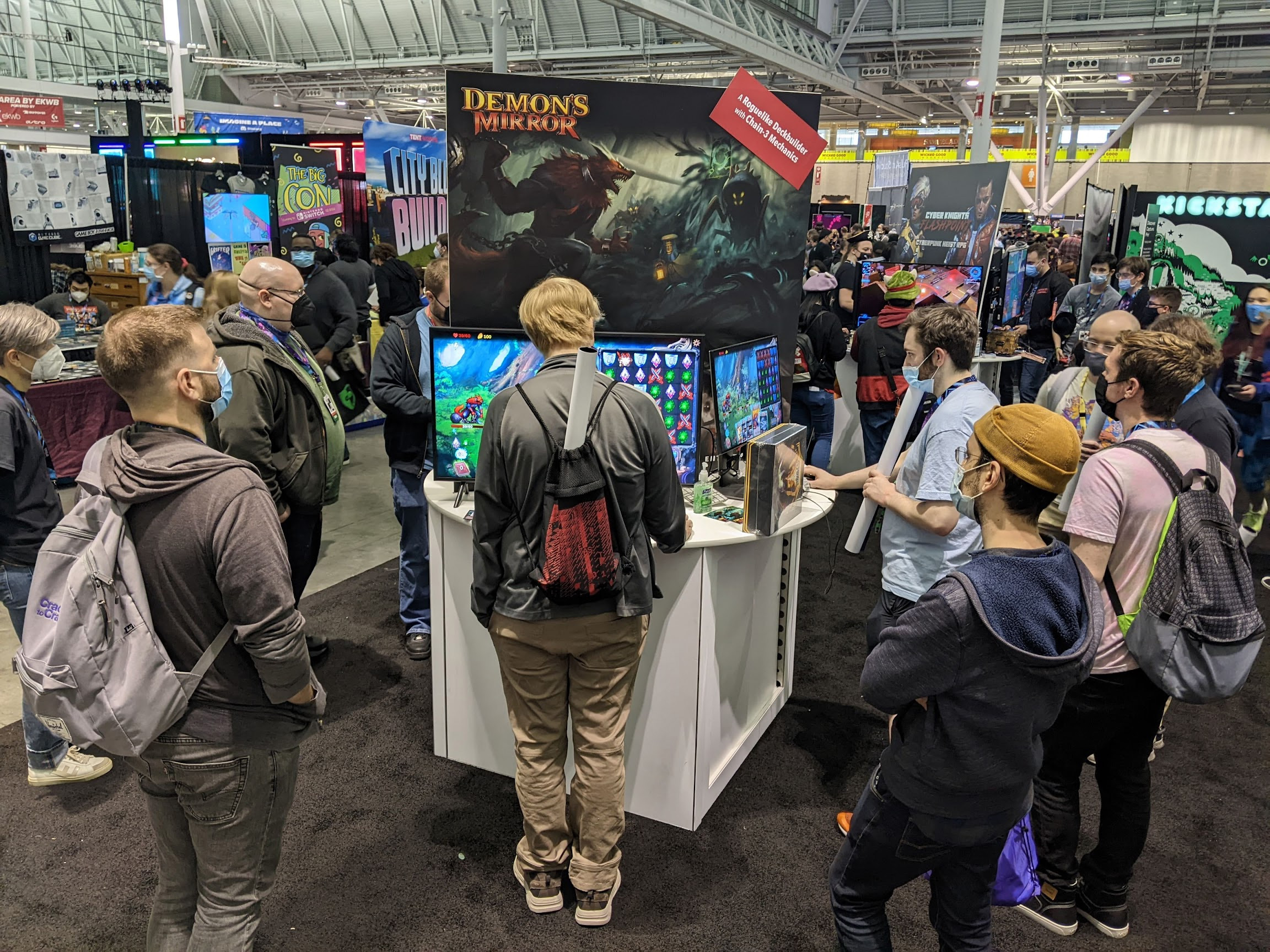 I talked to several awesome streamers and content creators. Some of them are already talking about Demon’s Mirror on their streams!

It’s funny, some people would walk by and say, “oh, it’s a bejeweled game with cards”, but then they’d play and realize it’s much deeper than that. It was really neat to see the AHA moment when the gameplay clicked for them. Almost everyone who finished the demo had a huge smile on their face and would ask questions about the game, like how many characters will there be, when will it be released, if they can play the demo online, etc. Unfortunately, there’s no downloadable demo yet, but with how well the demo went at PAX I can’t wait until I can put one up.

These are the handouts I made for the booth: 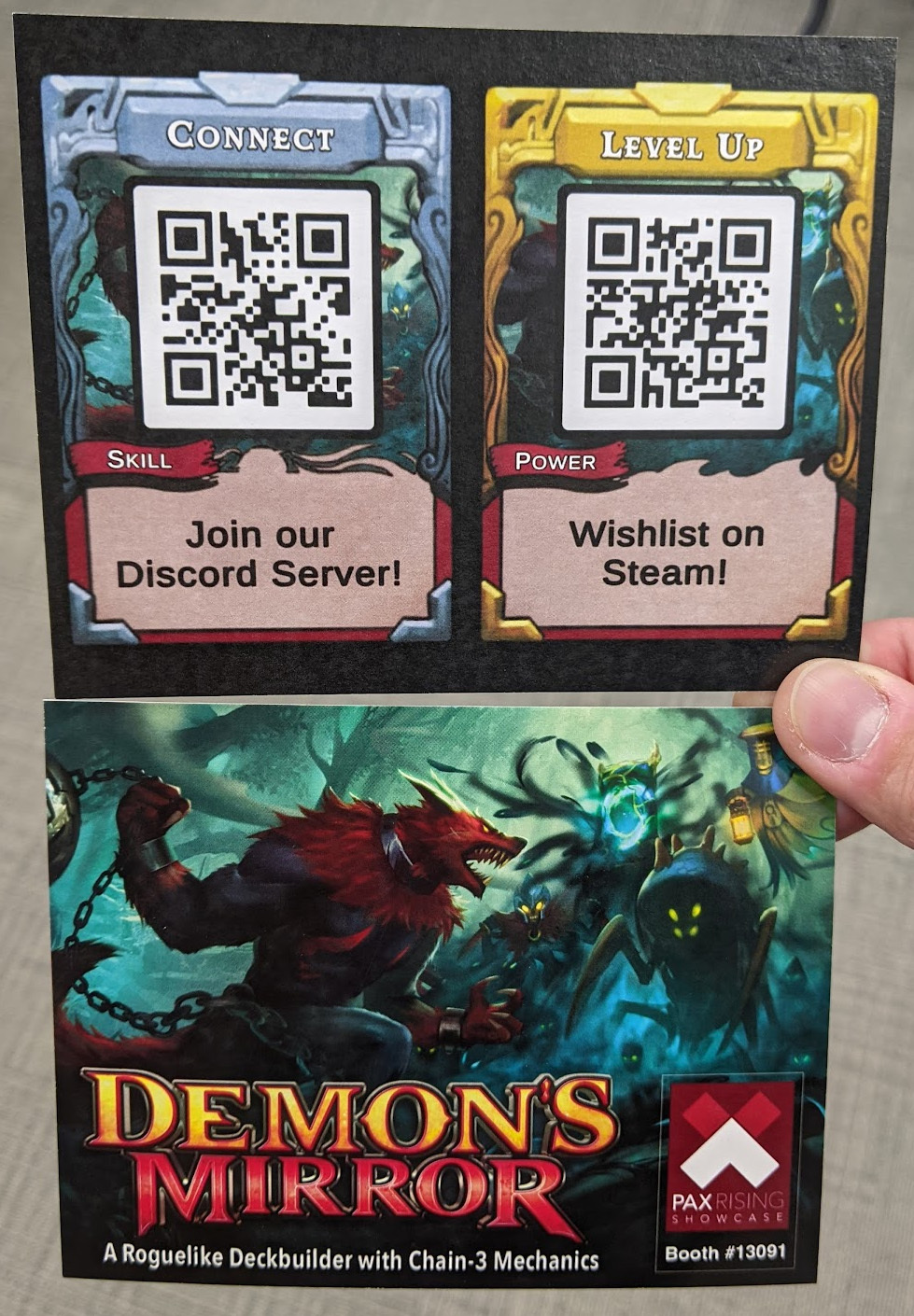 This huge banner was right above the booth. Pretty cool to have all 12 PAX Rising games up on it: 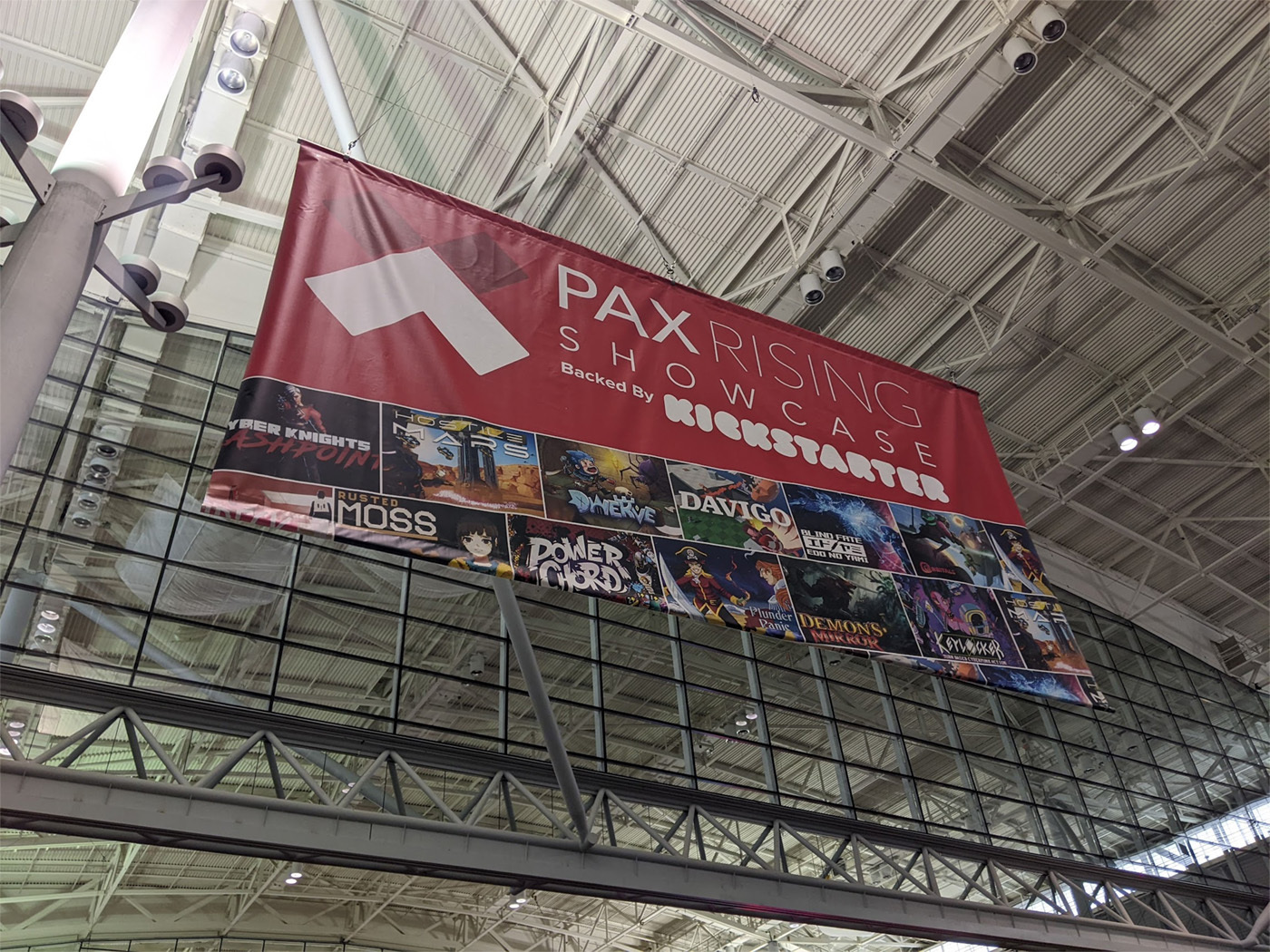 Intel Gaming interviewed me on camera and included some footage of Demon’s Mirror in their video. Check out the video here.

What does it mean to be a PAX Rising Showcase Winner?

The organizers of PAX picked 12 games to be showcased at PAX East 2022. All the games were given booth space for free (thanks to Kickstarter’s sponsorship) and had a chance to demo their game to the public for 4 days. All 12 games selected as PAX Rising Showcase winners were all amazing in their own ways. Go check them out here and wishlist them on Steam.

A huge thank you to everyone at PAX who was able to see and play the game in RL! Looking forward to the next time we can do this.

See you at the next show!

I also posted this update to Steam here