Hi Everyone! I’d like to give you some Demon’s Mirror dev updates. As some of you have pointed out it’s been quiet around here. You’re totally right! I’ve been so heads down adding content and crushing bugs that I totally forgot to keep you updated. Let’s change that 🙂

Recent Updates To The Game: 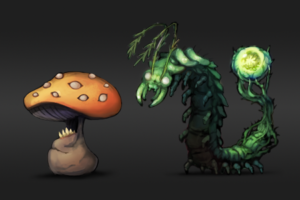 A couple of the new enemies in Demon’s Mirror

If you want to play a build reach out to me through Twitter, Discord, email, or wherever you can find me. I’d love to get a demo in your hands ASAP

I’d love to answer any questions you have about the game. Don’t hesitate to reach out or post a question in our discord server or in the community hub.